Both countries rank at the top in education, so they must be doing something right. Here are some differences between schools in Australia and America:

All educational institutions in Australia receive their funding directly from the government and independently managed (or private) schools collect fees to support their income, which can be up to $30 000 per year. Although American educational institutions are also funded by the government, funding is provided at the state level. On the other hand, American Private schools are typically funded by a combination of tuition, gifts, and endowments.

Academic grades are different in the American schooling system and the Australian one. Grades in the USA usually go from the elementary, middle (7-9) to high school. This is similar to Australian educational institutions, except middle schools are not very widespread. In Australia, students attend primary school (Kindergarten / Prep to grade 6) and then high school (grades 7-12). Years 7 to 12 in Australia correspond to middle and high school in the United States.

In American educational institutions, the grading system is a combination of class participation, attendance, projects, and a lot of homework. The average time American students spend on homework is about 3-4 hours in comparison with Australian schools, where they are trying to get rid of homework entirely.

In the American schooling system, homework is given daily, and students are required to do it as it will affect their overall grades at the end of the year. Are you one of those falling behind on your homework and essays but still want an excellent final year grade? Feel free to use the services of Essayadvisor to find trustworthy writing services online.

Also, there is standard testing every year for each grade in American schools. In the US, students have to prepare for the SAT (Scholastic Aptitude Test) and make sure they get a high score to get into a good college.

In Australia, students don’t take the SAT. Nonetheless, the UMAT or GMAT (Undergraduate or Graduate Medical Admissions Test) is often used for medicine, dentistry, and a few other degrees. At the same time, students have to take the LSAT (Law School Admissions Test) to get into the University of Melbourne Juris Doctor.

In the United States, grades range from F to A+, with F denoting a failing grade and A+ being the best attainable mark. Individual assignments may also include letter grades, pass-fail marks, or point-scale ratings. The grading system in Australia is a bit less convoluted. Grades are given on a 7-point system, with 0 being a failing grade and 7 denoting a high distinction.

Do Americans and Australians Wear Uniforms?

On the other hand, uniforms are compulsory in Australia from Primary School right to the end of High School. Schools have the power to enforce students to follow the dress code. Some schools in Australia that do not require their students to wear a uniform are mostly private. Most American students would be shocked if they suddenly had to wear a uniform to school as it is the norm to wear casual clothing.

Both countries provide students with a wide range of extra-curricular activities. Although students in the US are limited in the options they can choose from – there are usually two or three electives. On the other hand, Aussie students have loads of options to pick from.

The reason for this significant difference in choice, when it comes to extra-curricular activities, is educational institution funding. As we stated before, Australian schools are funded by the federal government while American ones are state-funded. In this case, US schools suffer from state budget cuts and charter schools taking funding away from local ones.

While Easter and Good Friday are not public holidays in the United States, students still attend classes, but in Aussie academic institutions, these holidays are given. Nevertheless, this doesn’t mean that students in the US study more than their Aussie counterparts. The Australian academic year is 200 days long, notwithstanding the term breaks, and it’s around 175 days in America.

Physical education is valued equally to academics in Australian schools, so sports classes are widely available. Sports is a popular topic in the United States as well, yet for various reasons.

Americans like competitive sports, particularly in high school. Football, baseball, and basketball are America’s most popular sports. There’s an entire industry built around US high school football and basketball games, with some games airing on national television.

In Australia, teachers use a “no-cut” strategy, in which students play against opposing teams of equal ability. In the United States, however, parents and school coaches expect their children to compete against the best.

The canteen in the US schools serves lunch to students. The quality of the food served has left many people with mixed feelings. In Australian academic institutions, however, the situation is very different as many students bring their own lunch from home. Students in the United States are also permitted to bring their own lunch, but the majority still opt to eat the school lunch.

Students in Australia also get an hour-long lunch break and a 20-minute “recess” break while those in the United States have a 45-minute lunch break.

As you can see, there are numerous differences between the Australian and American educational systems. Overall, we believe the Australian educational institution has the upper hand in the debate. Not only because of the abundance of free extracurricular activities and long breaks but also because of the emphasis on education. If you’re looking for more interesting school-related posts or just need help with your homework, you’ve come to the right place. Essayadvisor can help you find the information you need. 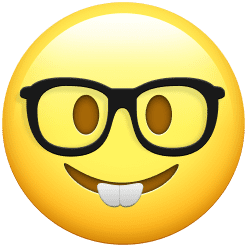 Writing platform with discount would be opened in new tab